My publication plans for 2023. 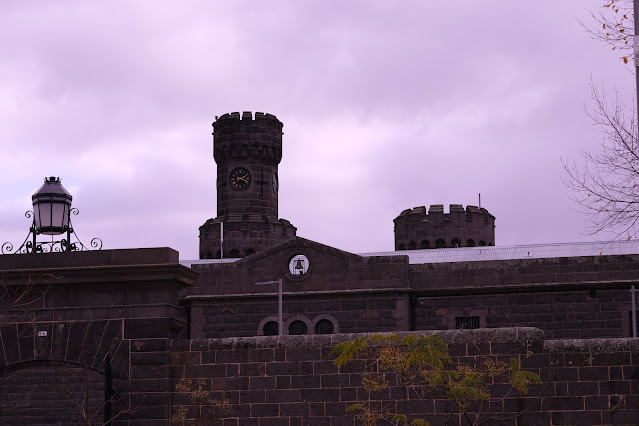 2022 was largely a year of new writing. 2023 will be largely devoted to new publishing. (And, hopefully, losing some of the weight I've put on in being glued to my desk for the best part of a year.)

It turns out I'll be releasing three books in 2023! There's not only Breaking Into Pentridge, the memoir of my time running prison poetry workshops. There are two other associated volumes.

Letters to a Dead Man is a poetry chapbook, a spin-off from the memoir. It starts at the end and finishes at the beginning, and a lot is left unexplained. In spite of all this, when I've tried the manuscript on people who don't know the back story, I'm pleased they have understood it well. I want it to be able to stand alone, and clearly it can. (However, it would be ideal to read the memoir first.)

Also I'm proposing to re-issue Blood from Stone, the 1982 anthology of poetry which arose from the prison workshops. It was published under my Abalone Press imprint, the first book in a 10-year program. The later Abalone Press publications included a runner up in the (national) Anne Elder Award and a book short-listed for the (state) Victorian Premier's Prize. (You bet I'm skiting! Not bad for such a very small press.)

Now that the remaining old Pentridge buildings are being repurposed by the National Trust as a historically-themed tourist precinct – and at a time when the Melbourne poetry scene of the eighties is being recorded for posterity by those who lived it – there is renewed interest in Blood from Stone, as both a literary and historic document.

I thought of reviving Abalone Press, but decided not. That had a different agenda, and was brought to a good completion. Nevertheless, for a number of reasons, I've decided I will self-publish these particular books. I love ebooks; many people still prefer paperbacks. These publications will be in both.

Publishing is very different nowadays, so I'll be doing some new learning and also looking for relevant experts such as a good cover designer.

This blog is used as my official website, featuring professional writerly happenings. For my actual poetry blogs, my other writing blogs, and my esoteric (witchy / psychic medium /energy healer) blog, see below.

Get my books from