Breaking Into Pentridge – my memoir about poetry workshops in prison

(workshops conducted on behalf of what was then the Melbourne Branch of the Poets Union of Australia). 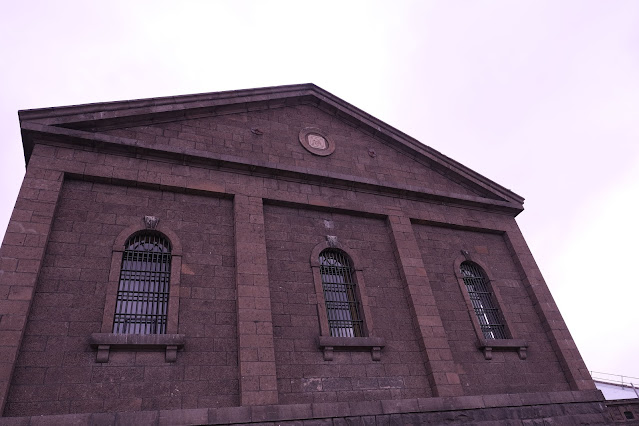 It's taken me 40 years to feel able to write about a brief but life-changing experience: running poetry workshops in Pentridge Prison, Melbourne, which no longer exists as a prison – having closed in 1997 and gradually being repurposed – but which, during its long life, was always notorious.

Once I finally began to write this story, it poured out!

It took me three months to get down the first draft, and it’s been three more of editing, tweaking, and seeking opinions from a small, trusted group of other writers, including some who were very much involved in those workshops too.

It involved mentally re-living an experience which, at the time, was both traumatic and transformative. This process has been painful but also cathartic. And sometimes the memories were warming. Those were times not only of grimness and tragedy, but also of much fun and affection.

I’m now doing what is hopefully a final (structural) edit before embarking on the journey to publication.

The above photo, which I’m using on the cover page of my working draft, was kindly taken for me by my son David, who now lives near the site of the old prison.

This blog is used as my official website, featuring professional writerly happenings. For my actual poetry blogs, my other writing blogs, and my esoteric (witchy/psychic medium/energy healer) blog, see below.

Get my books (ebooks only) from