(Both Literary and Esoteric) 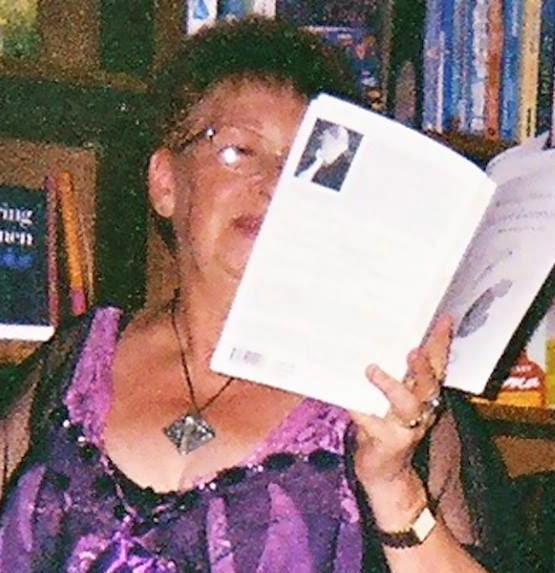 Rosemary Nissen-Wade BA, DMC (known prior to Nov. 1993 as Rosemary Nissen) is a widely-published performance poet, an editor, author and former librarian.

In the past she taught the Poetry section of Professional Writing courses at TAFE and tertiary colleges in Melbourne, Australia. More recently she was a teacher of creative writing in her local community in far northern NSW (where she moved in 1994). She retired from that role in 2014 in order to give more time to her own writing.

She Too, a collaboration with three other poets, Delaina J. Miller, Helen Patrice and Leigh D.C. Spencer, was released in August 2014.

Two e-chapbooks, Life After Death and The Imagined Other, a collaboration, were released in November 2014.

Two new collaborations are scheduled for 2015 - 2016. Meantime her work has continued to appear in literary magazines and anthologies – these days mostly (though not only) online.

For recent and forthcoming publications, and ordering details where applicable, see right side-bar.

Rosemary administers several facebook poetry sites and writes fortnightly columns, I Wish I'd Written This and The Living Dead: Honouring our poetic ancestors, for Poets United, a community of blogging poets.

She also continues to serve – as she has done for many years – as a healer and professional psychic.

She has been a Reiki Master since 1992, and is a qualified teacher and/or practitioner of a number of other energy healing modalities. She can make herself available on request for Reiki or other forms of healing, either in person or as 'distant' healing. She also teaches Reiki and other modalities, according to demand.

Additionally, she is a professional psychic medium and interpreter of oracles, in particular Tarot, trained in this work since 1977. As well as seeing clients in person, she has worked as a telephone psychic and an internet psychic.

She is qualified to teach Tarot, Qabala (alchemical model), psychic skills and spiritual development. For a number of years she was a Professional Member of both the Tarot Guild of Australia and the Australian Psychics' Association.

Having undertaken post-graduate studies in philosophy, comparative religion and shamanism, she has a Diploma of Metaphysical Counselling with teaching accreditation, and has published articles in esoteric journals.

2001-2005 Feature writer, The Magician, newsletter of the Tarot Guild of Australia.

1984 Administrative Assistant to the organiser of the First National Writing in the Community Conference, Melbourne.

2003 Assisted with marking poetry assignments for SCU Writing students in tutorial group at old Coolangatta campus, at the invitation of the tutor, who became aware of my background because my husband Andrew Wade was in the group.

Luckily I'm mostly an online poet. Social distancing is not required on social media. All the usual poetry groups and communities are still operating. Currently I'm mostly at  Poets and Storytellers United , for the very good reason that I'm officially its Coordinator these days – albeit with a wonderful, smooth-running, no-fuss team who don't need a lot of coordinating. I occasionally look at what's happening at dVerse ; and I'm thrilled that the archived imaginary garden with real toads is reactivating temporarily, with daily prompts for the 'poetry month' of April. Then there are the facebook groups. I'm the admin of Haiku on Friday and Tanka on Tuesday (not that they need much administration) and I sometimes look in on Found Haiku, Erotic Haiku , and NaHaiWriMo (National Haiku Writing Month). Above all there are my own poetry blogs where I share the latest work – which you'll find under the tab My Poetry Blogs at the top of the pag
Post a Comment
Read more

This unique, intriguing form was created by Australian poet Kerri Shying, who is eager for other poets to try it. See my article about it at Poets and Storytellers United: here .
Post a Comment
Read more

The dVerse online community of blogging poets, in which I sometimes participate, has just published this beautiful new anthology of 104 poets from all over the world, who also share their work in that community: It's available from Amazon North America  and Amazon Europe . And yes, I am delighted to tell you I have two of my own poems included. We weren't invited to choose poems to submit to this anthology. Instead the editors selected from poems already shared with dVerse during a specific time period. I was surprised at which ones of mine were chosen: probably not among those I would have submitted if asked, even though I am fond of them. But tastes differ. Though I had not considered them my best work, I'm very glad that the editors valued them more highly, so that these particular poems now get much wider exposure than I would have given them. (They are At Mariner's Café and My Home River . ) These days I usually prefer ebooks to paperbacks, but this
Read more